Mumbai: Actress Ihana Dhillon who sizzled on the screens with her Bollywood debut ‘Hate Story 4’ in a glamorous avatar garnering over a million fans on social media, adorns a traditional look for her love ballad sung by ‘Tujhe Kitna Chahe Aur Hum’ singer Jubin Nautiyal.

Although music videos are not new territory for the gorgeous actress, Ihana considers her second collaboration with Jubin Nautiyal special.

Talking about her association with the singer, she said, “It was a pleasure to collaborate for the second time with such an immensely talented singer this time around as his muse for the sad love ballad ‘Bewafa Tera Masoom Chehra’. Our first association ‘Meri Aashiqui’ was hugely successful which garnered 200 Million views in no time. Despite the fact that this new song serves as a sequel to our first song, it felt extra special to be acting out to Jubin’s vocals”. 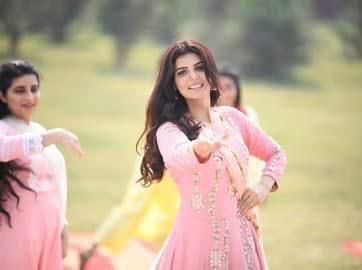 Furthermore, she threw light on her experience working with actor Karan Mehra by saying, “Karan Mehra is a thorough gentleman. The chemistry that we created onscreen was instant and natural. Although this is the first time we are worked together, we really clicked and became friends. I’ve learnt so much from him in so little time”.