Mumbai: Actor Payal Ghosh on Monday joined Union Minister Ramdas Athawale-led Republican Party of India (A), in Mumbai and has been named as the vice president of its women`s wing.

Welcoming the actor into the party, Athawale said, “I thank her for joining the party and I welcome her.”

Ghosh thanked Athawale for his support and said she will work for the RPI and for the country.

“Sir has always supported me and I am grateful and we women need such kind of support. Apart from movies, whenever I have free time I will work for RPI and for the country,” she said. 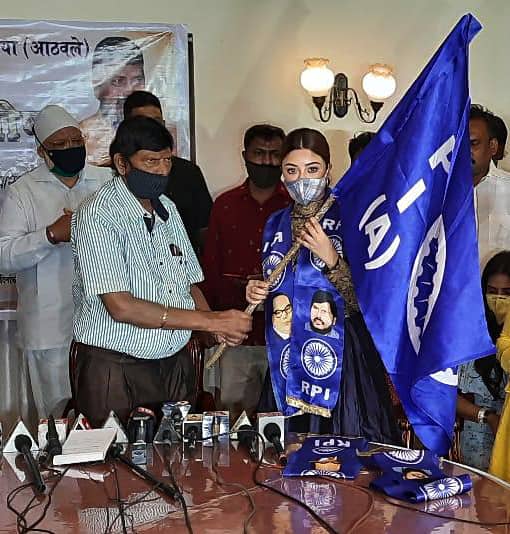 Ghosh had last month filed an FIR against Anurag Kashyap accusing him of sexually assaulting her. She had also, accompanied by Athawale, met Maharashtra Governor BS Koshyari, demanding action against the filmmaker.

Filmmaker Anurag Kashyap has vehemently denied the allegation sought severe action against the actress for “misusing” the criminal justice system, his lawyer said on October 2.

The actor had on September 20 accused Kashyap of sexual harassment and later filed an FIR against him.The Union minister and Rajya Sabha member said that the party had demanded that Kashyap should be arrested.